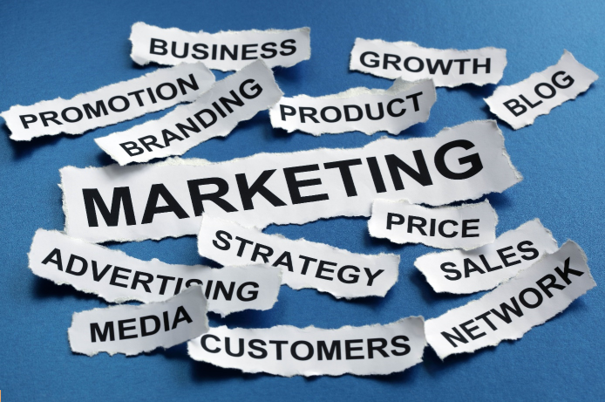 Translating marketing texts is in a class of its own. When it comes to translating websites, newsletters, video subtitles, social media posts, advertising slogans, etc., it’s not just about the information, it’s really all about the emotion. Marketing content is often written by specialist copywriters who weigh every word and every sentence very carefully. Sometimes texts are written for a specific buyer persona, with an extensive vision behind the tone of voice, and the text itself fits into a streamlined communication plan. The content corresponds with a specific place of the customer journey within the sales funnel (what is known as the hygiene, hub or hero content) and is carefully crafted into a beautiful, attractive text which carries the information so precisely that this fits in perfectly with both the company and the intended target group. One page of text can mean twenty hours of work, especially if you count in all the meetings in which it is discussed.

And there it is, the perfect, appealing, completely thought-out advertising text, in which so much heart and soul is invested and of which the team is really proud. Now it only needs to be translated quickly, because it’s supposed to go online soon ...But wait. By whom? Do you really want to leave your beautiful "marketing baby" in the hands of some translation agency that might simply translate the text sentence by sentence? Not a good idea, because there's a very real risk that such a one-on-one translation misses its target completely and ruins all the previous work.

Yes it is. When it comes to translating texts for marketing, getting the emotion across is crucial. And in sentence-by-sentence translation, the emotion is often lost. An example: In the Dutch language we use a lot of adverbs like ‘heus, wel, even, echt, nog, toch, immers, er, hè ’ or diminutive words to influence the tone of the sentence. Dutch people do this to lighten the tone of the text and make it more appealing. The English language has other ways of doing this, for example by making the sentence into a question and having it end with a tag question, like ‘isn’t it?’. So, by playing with the order and sentences and words, as well as the idiomatic ways of drawing a reader into the text, you create a text that does not read like a translation.

Since the arrival of the (first) text messages, and apps like Twitter and Whatsapp, we have seen sentences in all languages become less formal, shorter and more succinct. More in one language, less in the other, and that’s where the nuance lies.

Not least due to the influence of new media, marketing and advertising texts are also becoming increasingly shorter and more casual. Some sentences even consist of just one word. Nice. Cute, even. But not always suitable for one-on-one translation. A sentence in a Dutch marketing text can start with a conjunction and not contain any verb (like the previous sentence), and contains on average between 10 and 15 words. A sentence in an English marketing text, however, has an average of 15 to 20 words, and German sentences are even longer. True, the average sentence length in English and German is also noticeably shorter than it used to be, but we Dutch are the champions of the terse short sentence. Now, the difference in word count may not te immediately obvious, but if the entire text is made up of short, terse sentences, the foreign reader might feel he’s been presented with an overly simple text, and may even feel slightly put off or even alienated by the text.

And then there’s the usual stumbling block: on Dutch websites the reader is addressed informally as ‘jij’ more and more frequently, while German and French websites still usually address their audiences with ‘Sie’ and ‘vous’ - the formal ‘you’. Translation into English is easy in this regard, since the translator doesn’t have to choose. However, when translating from English it is always important to consider whether the mode of address not only suits the company and product, but also the new foreign audience. After all, if the reader does not feel he/she is being taken seriously, then you could well evoke an emotional reaction you don't want, even though you are keeping to the tone of the carefully crafted text.

In addition to the linguistic aspects such as modes of address, sentence length and tone of voice, marketing translators also take an entire scale of cultural and social customs into consideration. We refer to this as ‘localisation’. Examples of this include the adaptation of telephone numbers, units of measurements or date formats.

When you're translating marketing text, you have to look at everything. This is why we no longer refer to it as a translation, but as a transcreation (a merging of the concepts of translation and creation). It is a much freer and more creative form of translation, and not unlike rewriting a text for a new target group. So it's kind of like copywriting, but with the source text as your brief. In a transcreation there is room for extra explanations, or you can even leave out entire sentences if they are not relevant to the new audience.

Curious about how we can also get the most out of your marketing text for your foreign audience? Send us an email now, and receive a quote today.